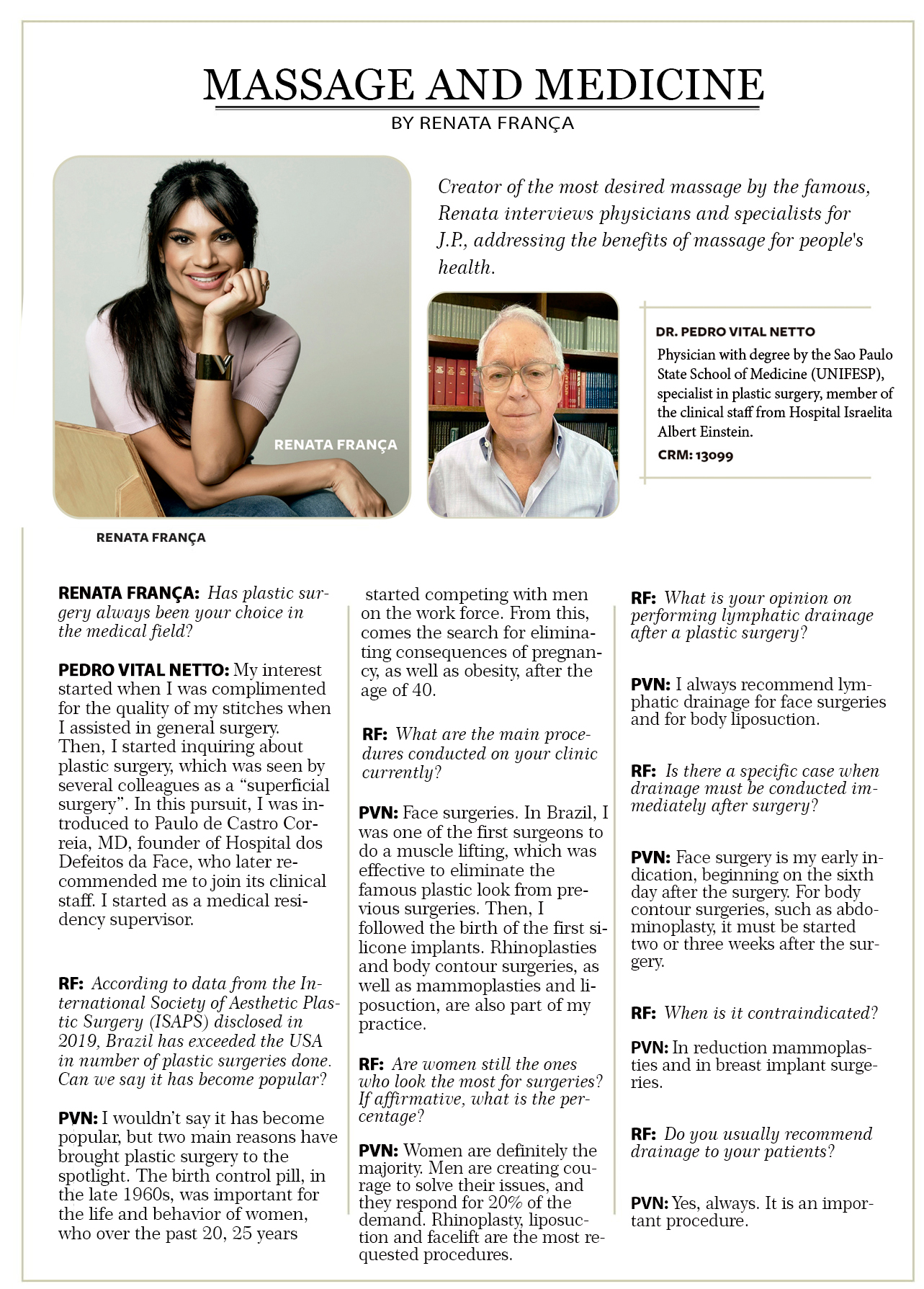 1. Has plastic surgery always been your choice in the medical field? My interest started when I was complimented for the quality of my stitches when I assisted in general surgery. Then, I started inquiring about plastic surgery, which was seen by several colleagues as a “superficial surgery”. In this pursuit, I was introduced to Paulo de Castro Correia, MD, founder of Hospital dos Defeitos da Face, who later recommended me to join its clinical staff. I started as a medical residency supervisor.

2. According to data from the International Society of Aesthetic Plastic Surgery (ISAPS) disclosed in 2019, Brazil has exceeded the USA in number of plastic surgeries done. Can we say it has become popular? I wouldn’t say it has become popular, but two main reasons have brought plastic surgery to the spotlight. The birth control pill, in the late 1960s, was important for the life and behavior of women, who over the past 20, 25 years started competing with men on the work force. From this, comes the search for eliminating consequences of pregnancy, as well as obesity, after the age of 40.

3. What are the main procedures conducted on your clinic currently? Face surgeries. In Brazil, I was one of the first surgeons to do a muscle lifting, which was effective to eliminate the famous plastic look from previous surgeries. Then, I followed the birth of the first silicone implants. Rhinoplasties and body contour surgeries, as well as mammoplasties and liposuction, are also part of my practice.

4. Are women still the ones who look the most for surgeries? If affirmative, what is the percentage? Women are definitely the majority. Men are creating courage to solve their issues, and they respond for 20% of the demand. Rhinoplasty, liposuction and facelift are the most requested procedures.

6. Is there a specific case when drainage must be conducted immediately after surgery? Face surgery is my early indication, beginning on the sixth day after the surgery. For body contour surgeries, such as abdominoplasty, it must be started two or three weeks after the surgery.

7. When is it contraindicated?

In reduction mammoplasties and in breast implant surgeries.

8. Do you usually recommend drainage to your patients? Yes, always. It is an important procedure. 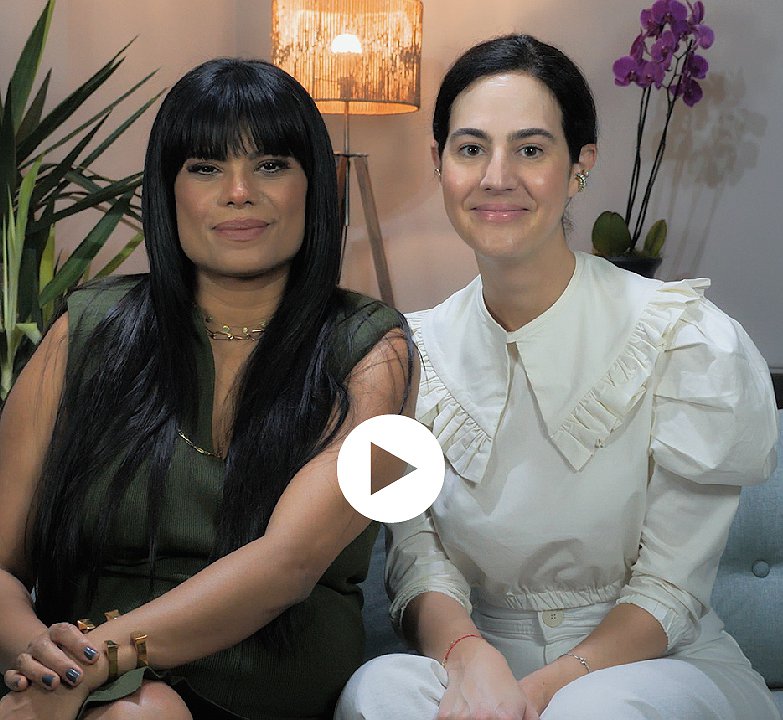 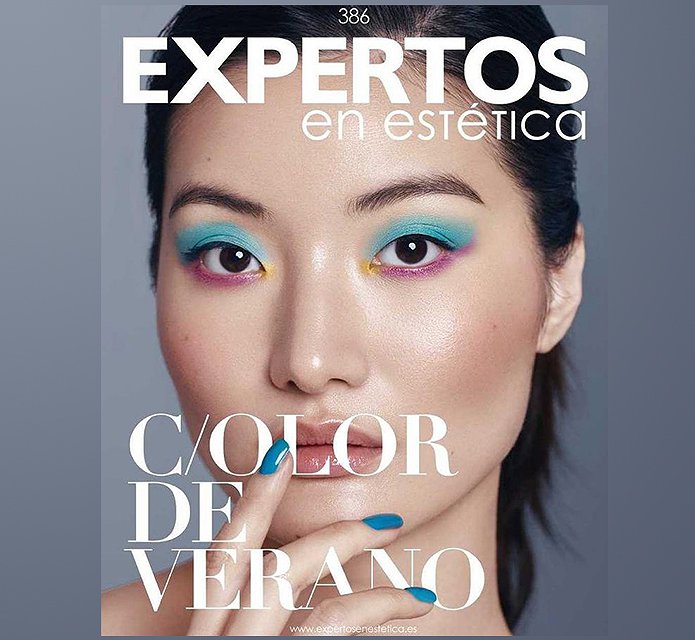 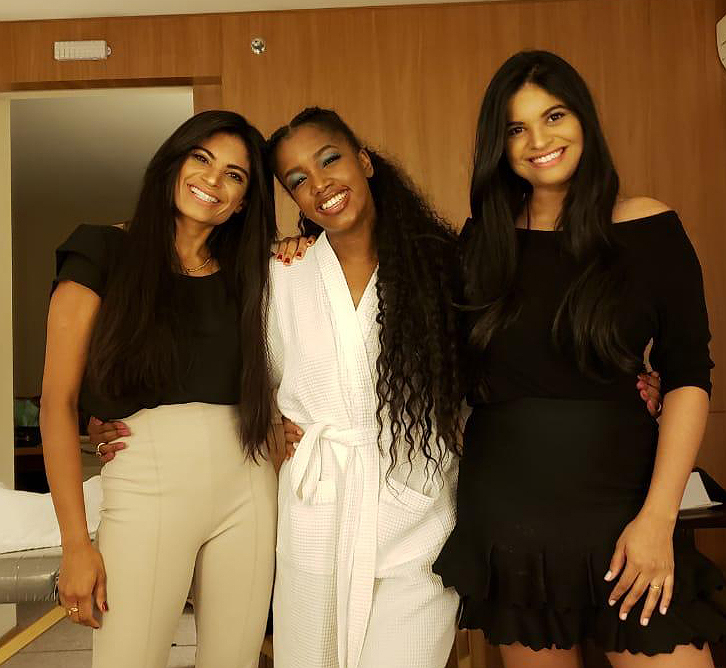 They popped by the Spa

This site uses cookies
This site uses cookies to personalize your experience, analyse site traffic and keep track of items stored in your shopping basket. By Clicking ACCEPT or continuing to browse the site you are agreeing to our use of cookies. See our Privacy Policy here.
Accept